End of last month I took a trip to Europe, because I got an invite to attend a VIP Blogger tour. I was very excited for the trip, but lodging in London and in Amsterdam are not always the cheapest. So I thought why not go stay in a hostel. I was a bit skeptical as you hear weird stories sometimes but at the same time you can hear great stories about staying in a hostel. 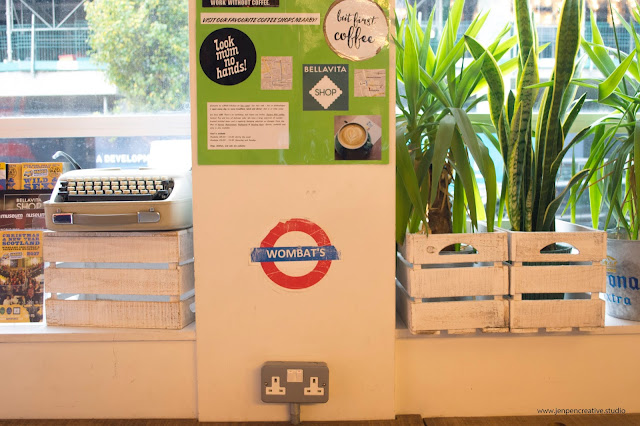 I used to stay in hotels, where it’s comfortable and I don’t need to share nothing with nobody (except with the ones I’m traveling with maybe). So, I was a bit hesitated about it, but I thought let me experience something new. Traveling solo is something you must do once in a while.
I went searching for the hostels with the coolest interiors first. Which of course have a higher price tag. Then I started to read reviews (it’s a must). Then I searched for private rooms in the hostels, but that would be like staying in a hotel. The price for staying in a private room with your own bathroom is more expensive. The luxury of being alone!
Eventually I got two hostels that for a first timer it was a go for me.
In London I found Wombats Hostels. I was very impressed with the site at first as everything looked so clean on the pictures and I love the interior design of it all. So, I booked to stayed there. The great thing was that they have the option of an all female room. Which ofcourse, once again, for a first timer was really great. I then chosen a room with only 6 beds (which once again is a bit more expensive if you go for a room with lesser beds than for example a room with 10 – 16 beds).
At Wombats you pay when you arrive, which is actually very helpful. 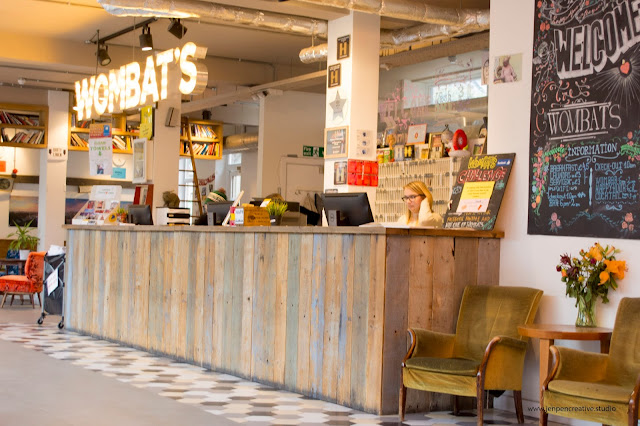 The location was great. Some great restaurants in the streets and like 15 minutes walking distance from the London Bridge. Ofcourse I got lost. My phone battery died when I started to use the maps app, which by the way is pretty annoying. I found another app what goes longer with my battery which is Rome2Rio. The people were friendly to help me find my way. 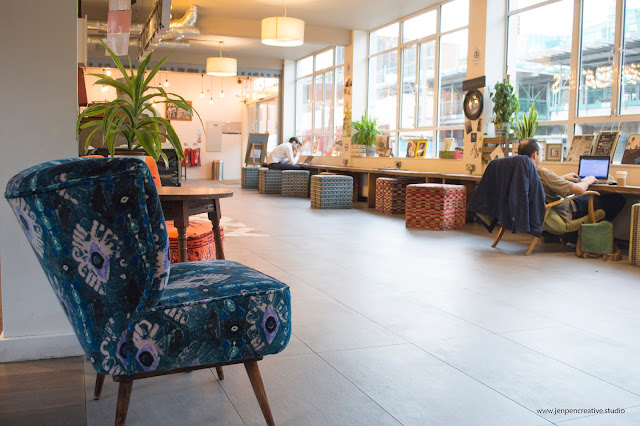 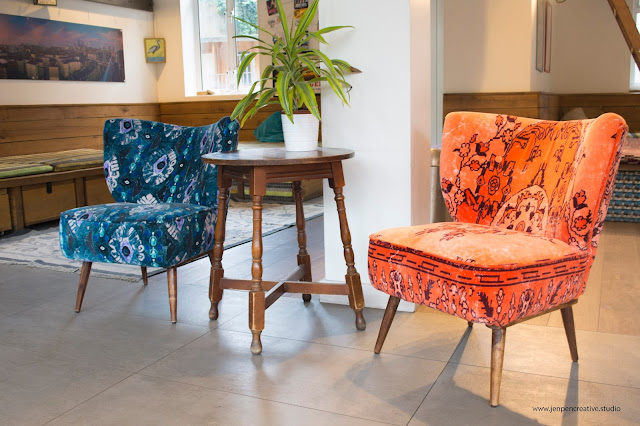 I arrived at the hostel not late (but it was already dark outside because hey it’s winter over there). I got a friendly welcome from the staff. They were very helpful in explaining how everything works in there. You get one keycard that is used to get into the rooms, the rest of the hostel and even for your locker. Which was awesome as it so easy to store in your wallet.
The place looked spotless. Very clean and I was so happy that I chosen to be there. They told me at the front desk that I was sharing the room with only one another girl. I was so happy about that. When I got into the room, she wasn’t there. I stored my stuff and made up my bed. You get clean sheets and you don’t need to pay for a towel. You need to get the towels downstairs beside the front desk. One very plus for this hostel was that each room has their own bathroom and toilet space. So I just needed to share it with 5 other people. 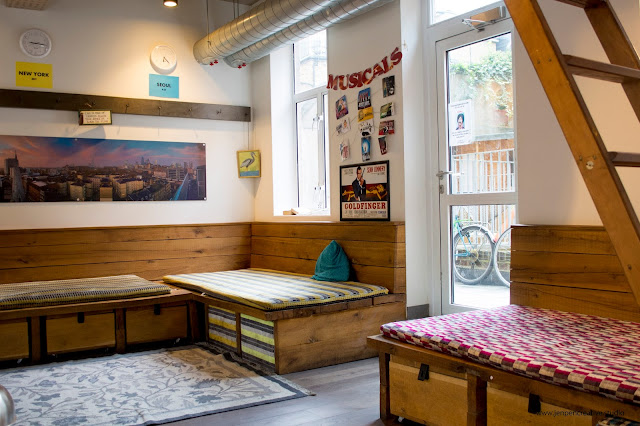 I went out to eat and when I came back there were two girls instead of one. Meanwhile another chick checked in. One was from China studying in London and the other one was from Mexico. We had a fun little chat.
The next day I had to go the VIP Blogger tour and was already late for any type of breakfast at the hostel. I went my way and later that day I came back to the room and two other girls were in the room. So the room was getting fuller by the day. These were two German girls (friends) having a little trip. With these two it was a bit more short chat. 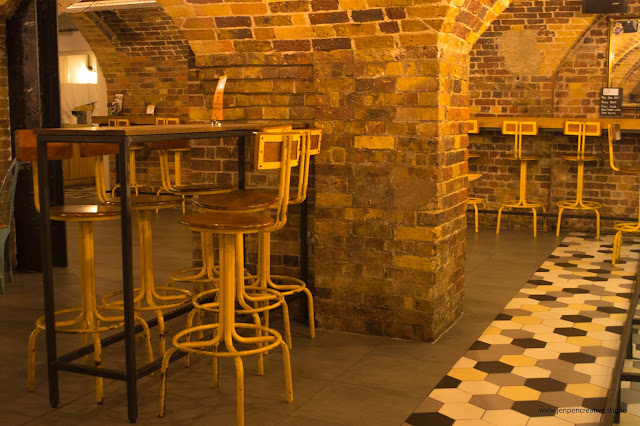 I then went downstairs to the bar and had myself a drink and a home made pizza. The next day another girl arrived in the room. That morning I slept in, because the Mexican girl was making so much noise the night before and in the morning. Not thinking it was her intention but damn she was a bit loud for me. The last girl to arrive in the room was from Argentina.
She was very nice and before I went out we chatted a bit. 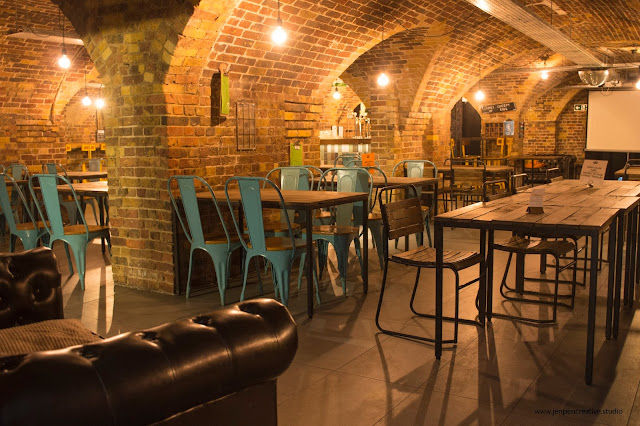 So I stayed in a ‘we are the world’ room with girls from all over the world. They were all very nice and polite. So that experience was a good one. The next morning we all left except the girl from Argentina. This stay cost me $93.91 for 2 nights. I give this place a 5 stars. The rooms were clean, the location is great and the staff is very friendly.
I went back to Amsterdam that day. I was planning to walk a bit in the center of London before heading to Luton airport, but thank God I didn’t because once again I got lost. So better early than late right?!
In Amsterdam I searched a bit longer for a good (cheap) hostel. I eventually found an all female hostel. That was the one to go for me. As I already know Amsterdam, it was easy for me to know how to go to the hostel. When I arrived I did passed it by as the sign wasn’t very visible. And mind you, after walking a lot in London and taking metros and buses, wait at the airport and then fly to Amsterdam with a backpack (which with time gets heavier with just the same stuff you had all the time), you get tired and don’t see anything else. 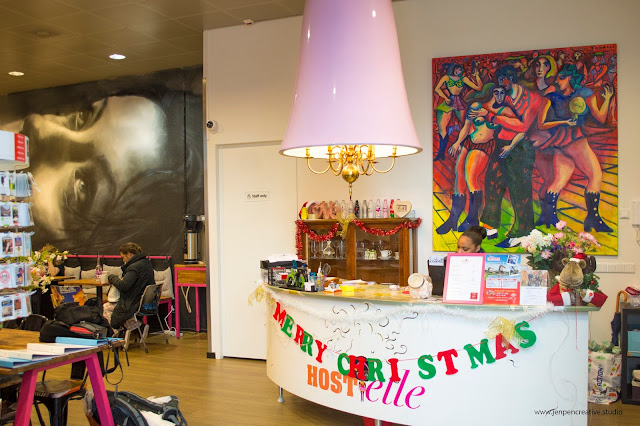 Anyway, I arrived at Hostelle. Great location and  lots of stores and restaurants around. This room was a bit bigger and here I stayed with 9 other girls. I must say that the one thing I didn’t like was that I had to buy a towel. I mean, what am I going to do with it later ?!
First impression: clean hostel! Something that is very important. It was a very girly set up, but not to much. My bed was great, but the locker was smaller than the one in London. I’m glad I just had a backpack that I could have shoved in it. My shoes were the only thing not fitting in the locker. The girls in the room were also very quiet at night and in the morning.
At this hostel the rooms don’t have a separate bathroom. The showers and toilets are all on the hallway. In the morning it’s just lots of traffic in there. The showers are very clean, I just had one morning that someone decided to wash their hair and leave all their hair in there. So freaking annoying! 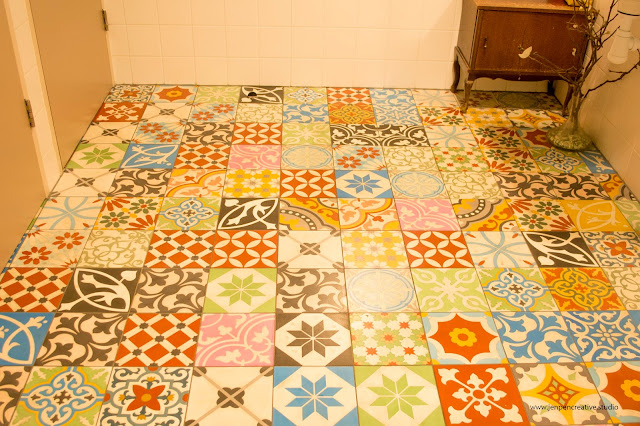 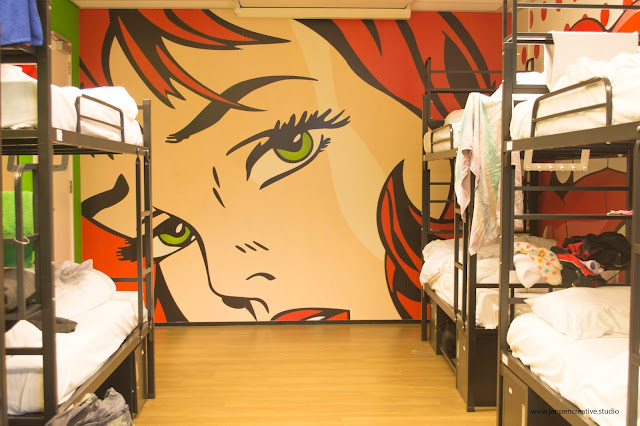 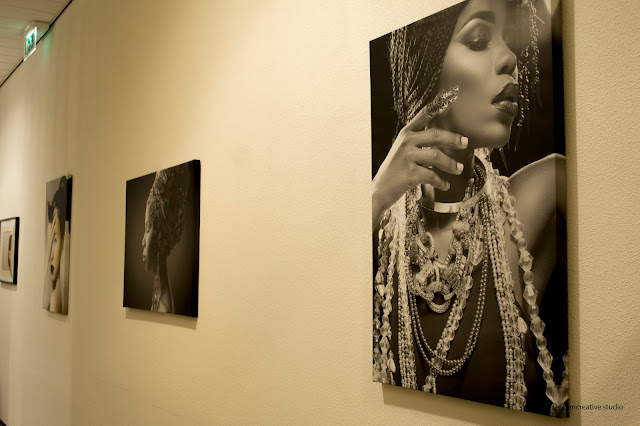 As I do know Amsterdam and I had friends and family to see (also in other cities of Holland) I didn’t really do much at the hostel than just sleep.
This stay cost me $152.17 for four nights. I give this place 4.5 stars, as I had to buy a towel and the rooms didn’t have separate bathrooms. 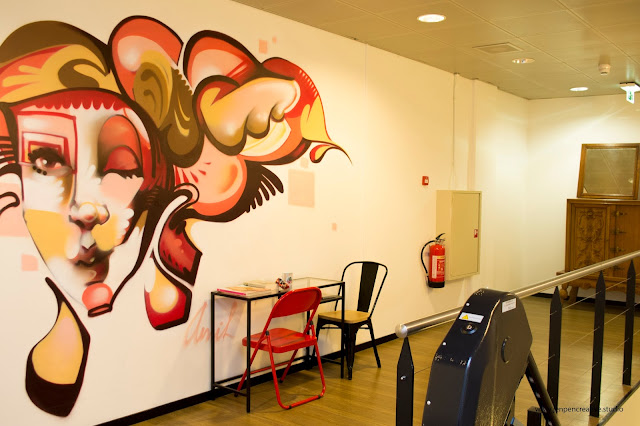 How can I rate my hostel experience? I love the fact that you can stay in good places for a good price, but I don’t know if I like to sacrifice my quiet mornings and privacy.
I rate my experience a 8 (out of 10) for the first time. I didn’t really connect with nobody, so that experience wasn’t in it.
But if you need to travel somewhere fast on the spot, hostels are a good way to go.
Have you ever been in a hostel? Do share it with me in the comments below.