I’m excited to share with you a new-comer to the Your Own Boss Club series on the blog. I had the pleasure to meet this lovely lady at a social media workshop they organized last year and I just went to her and asked her if she would be interested to do a little interview for my blog. She said yes and here we are with another awesome and inspirational interview. Let me introduce to you MARIJKE HOOS from EVENTO CURACAO. She’s co-partner and co-founder of this event planning business. They officially exist 2 years and even though they have some great event under their name, Marijke says “they don’t want to go too big to quick”. Let’s take a read here. 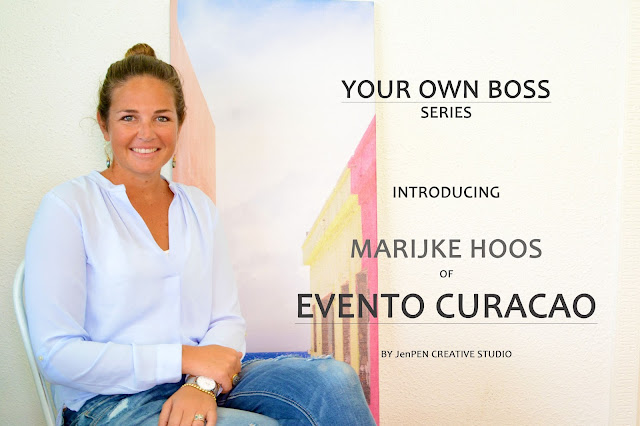 Evento Curacao, what’s the idea behind the name and what is Evento Curacao all about?
We searched worldwide for names in our sector. We even thought about blending our names together, but that wasn’t a right fit. One day I was talking to a Spanish speaking person and we we’re discussing about events etc. and viola, light bulb appeared: EVENTO (which is event in Spanish) and we added Curacao behind it. One reason to add Curacao, was to put more emphasis that we are located on the island of Curacao and doing and organizing events on this island. Secondly there was already an Evento registered at the Chamber of Commerce.
Evento Curacao is all about organizing events on the island of Curacao. We’ve done a lot in the downtown neighborhood of Pietermaai District and getting more and more projects to do.
Why did you decide to start a business of your own?
You know, I was always an ambitious person. I kind of find it boring to work for a boss. I was also pretty lucky with my internships turning into steady jobs. These made it possible for me to work in the Netherlands and in England. I had a very good mentor, which I learned a lot from. I also come from an entrepreneurial family.  My parents both had their own businesses. So I always had in my mind that I was going to do something on my own. Later I moved to Curacao and became a dive instructor. I moved back to the Netherlands, but I had a great love for the island, so I came back and opportunity knocked on my door and I started the event planning business. We also thought: “if it goes well, well already then. If not, well back to something else’. I’m still young and when you’re young you can afford to take this kind of steps in life.
The opportunity came when Pietermaai District asked us to handle their events and social media. Pietermaai District has several restaurants and bars and they needed someone to handle it all. As they as indiviuals didn’t have the time to do so their selves.  So Pietermaai District is one of our biggest clients. 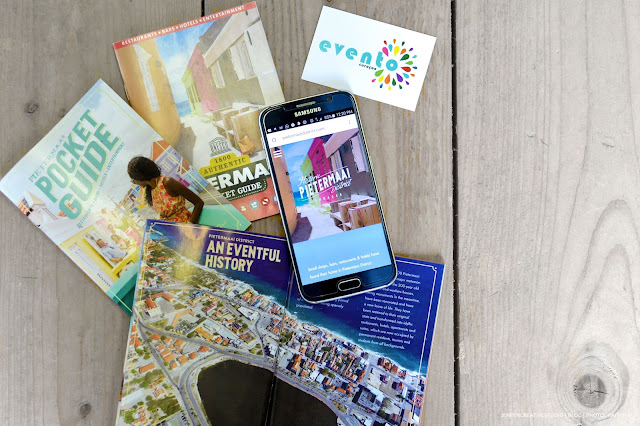 What are some of the high and low points of starting your own business?
High points:
When more people attend your event then what you really expected to come. Like for example; we organized for the first time a Social Media Week. We thought, if 15 people would attend we would be happy. Eventually 60 people applied and came. So it was a big success for the first time.
Or that we get the chance to work with MOJO, when they organize the International Blue Seas festival in Pietermaai District. We are responsible for the local organization from permits to working with the bars in organizing the drink/food section as well as helping with promotion on the Pietermaai District channels. It’s once experience richer every time.
Low points:
In the beginning you have to invest a lot of money and time in your start up, without getting anything back. The fear kicks in when you have to pay the rent end of the month and there isn’t a lot on the bank account. Of course  negative thoughts creeps into your mind, but we always stayed positive. We even have expanded our team this year with all the exciting new projects coming up.
What is your greatest achievement until now?
That we have managed to put Pietermaai District on the map. It was a neighborhood with great potential but it needed attention in the marketing area. Together with the Pietermaai District members (a program we started), we have established the fact that Pietermaai District is now ON the map and a MUST visit location on Curacao. I’m also proud to say that we’ve got a new project to realize this December in the downtown of our island, Punda and Otrobanda. MCB Bank turned 100 years this year and we have been asked to organize their year-end celebration event. It’s a huge deal and it puts a lot of pressure on us of course, however we are so excited to be the main organizer for this particular event. So if it all goes wrong, we’ll be moving to another island (*laughing). But of course it won’t go wrong. 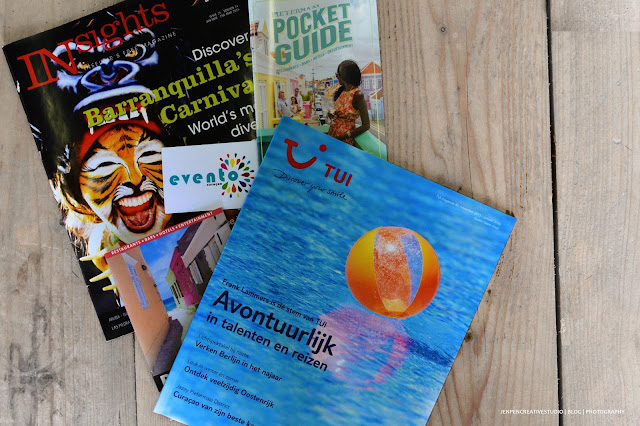 Where do you get your inspiration?
I get my inspiration from other people. People give me inspiration and listening to their stories gives me energy, but we also listen to what they want. We also get our inspirations from our own interests. Like my partner Rene (and I) loves food.  So we organized and hosted a food festival called “Pietermaai Proeft’. I’m very much into social media, so we organized and hosted the ‘Social Media Week Curacao’. We are always looking for events that haven’t happened yet on the island. We also talk to people on the island to see what they are missing. Two events are a fact on the island: Kingsday and Pagara. Because of the date change of Kingsday (Queensday turning into Kingsday) we plan to do a Kingsnight (Nacht van Oranje), like they do in the Netherlands. It’s now something that will be held for the first time this year. So we are excited for that one.
By talking to people, we’ve learned that they wanted an event that doesn’t include the “drinking” part as much. So we thought up do do a treasure hunt and our ‘puzzeltocht’ was born. We expected that, 8 cars or so would participate. Eventually they were 23 cars and 10 more on the waiting list. On May 1st we’ll do another one this time to different parts of the island. 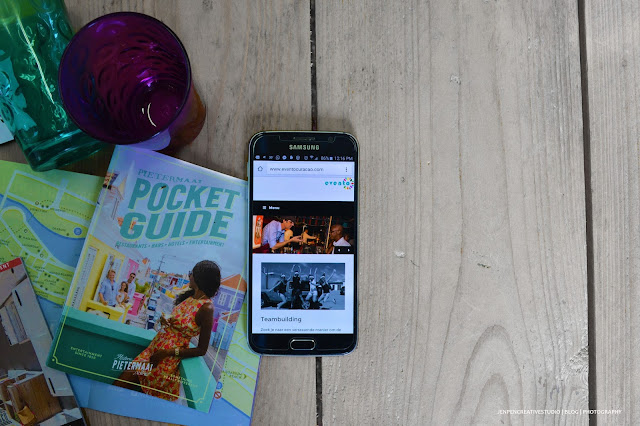 What advice can you give to those who would like to be part of the YOB club?
Just do it. Just go for it. Don’t analyze your situation too much, but you’ll need some balls. This isn’t easy; otherwise everybody would have been doing it. The most important thing is to choose to do something you really love. Do it with all your heart, otherwise it would just be another boring day at work.
Thank you Marijke for your insight. I hope you enjoyed this interview as much as I did. Marijke is only 34 years old and she managed to achieve already a lot doing something that really makes her happy.
For more information on Evento Curacao and Pietermaai District, see below:
EVENTO CURACAO
Facebook : /eventocuracao
Website: www.eventocuracao.com
PIETERMAAI DISTRICT
Facebook: /pietermaaidistrict
Instagram: /pietermaaidistrict
Twitter: /pietermaaid
Website: www.pietermaaidistrict.com
Marijke also has an awesome traveling blog: MAHO ENROUTE .
Facebook: /mahoenroute
Instagram: /marijkehoos
Twitter: /mahoenroute
Website: www.mahoenroute.com
Photography by JenPEN Creative Studio