It has been a fun few days sharing these Book Week stories with you. So, today I wanted to share the day I spent with Dulvanka Hansen. She was the youngest in the bunch. She’s in her early twenties (she looks so much younger) and she’s a writer of poetry.

She has a great voice for singing, loves to dance and incorporated that all in her gathering with the kids. The day we worked together we were expecting the kids to come to the library. So we didn’t have to go to any school. We had one class to share and we spent like 2,5 hours with these kids. 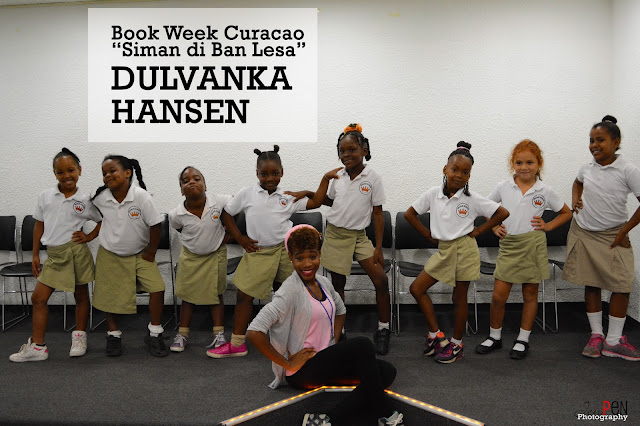 But before I start the story of the day, let’s do a little history of Dulvanka Hansen. As I already said, she’s in her twenties and is very small and smart. She studied law at our local university and next year will be hopping on a plane to the Netherlands to further her studies in criminology. When she told me I was like “WhAaatt??”. I thought she would go to an art school or something in that field as she loves to write poetry and got some of her poetry published in a book called “Arte di Palabra” (Art of Words). But no, she’s heading a different way, but I think her passion for writing will always be in her and maybe she’s be writing a crime-novel in the future, you never know right?! 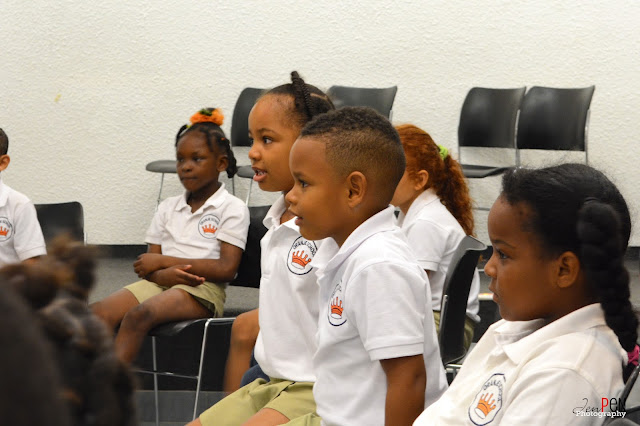 Going back to the hours I spent with her. First I was late….just a few minutes. Actually I was on time, but the class came to early, so she started with them. I walked in and just sat in the front corner of the room and starting to take pictures (after saying a very quiet hello, good morning, as I didn’t wanted to interrupt her). She then noticed me and on a very quick but easy way I had the chance to introduce myself and what I do. She was already clapping and spelling words with the kids. So the kids where already hyped and that made my introduction even easier. I told the kids I design or style the interior for homes or offices. To give them a clue I asked them to change the colors of the walls in the auditorium. It became a very colorful one and then I told them I’m also part-time photographer. So Dulvanka came with this cool idea for them to design their home with the chairs.
Totally fun to see, when eventually after lots of shuffling the chairs just came in a straight line.  I then told them to tell me in each room they were. The boys told me that they we were in the kitchen. So I told them to act like they were eating something so I can snap that moment. 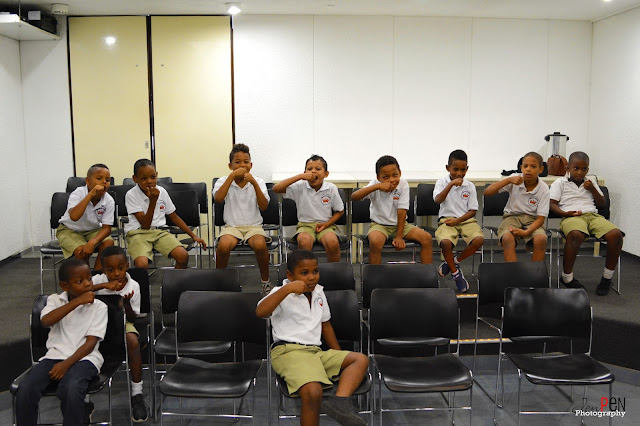 On the other side of the room, the girls were settling in on their pretend balcony. If you ask a girl to strike a pose on her balcony, what can you expect than awesome poses? And that is what they did. Totally cute. 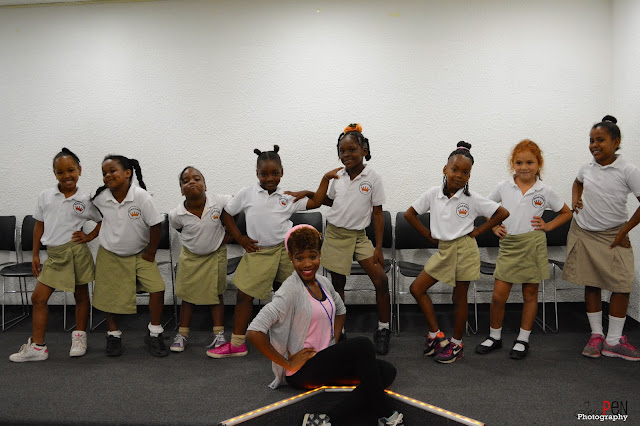 After getting in the theme of the week, which was peace, we got to do lots of dancing and singing and clapping the words Dulvanka was bringing to us. Truly this was one of the times of the week that I really felt like a kid again. The dancing, the singing, the clapping of the words. It was amazing and fun.
Then we made them sit down and Dulvanka sang them a bit of poetry. I was just enjoying the moment (and filming it ofcourse, I mean it’s 2015). I’m once again grateful that the teacher was also involved with the children, helping us when things might of got out of control. But actually Dulvanka got that down too, so this girl has it all for me. 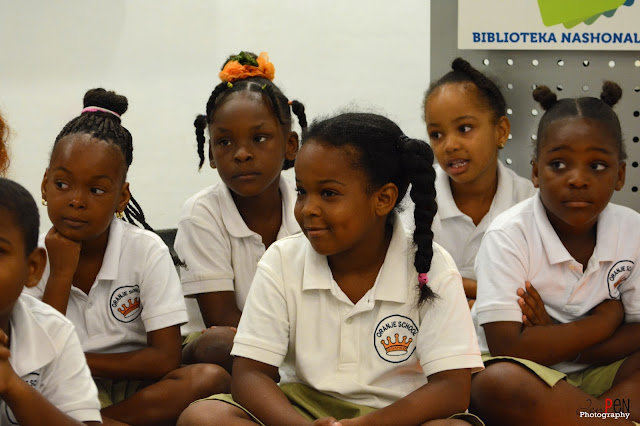 Before we ended our hours with these awesome kids, Dulvanka made them make faces of being scared, mad and happy. And boy, did they act on these expressions very good. It was great that the kids had fun and participating with good humor and fun. 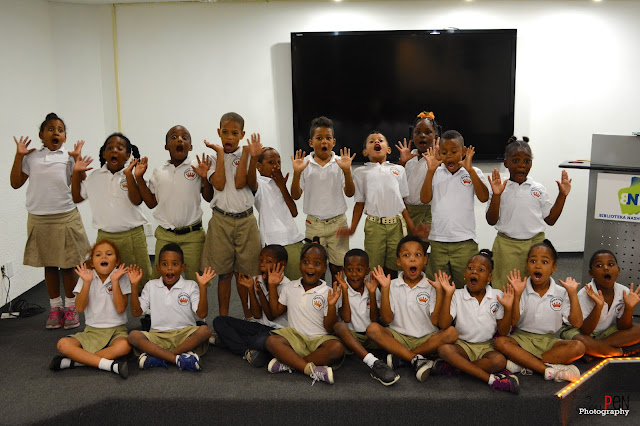 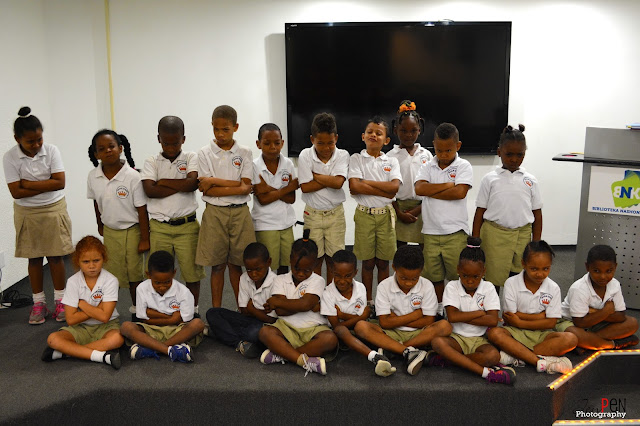 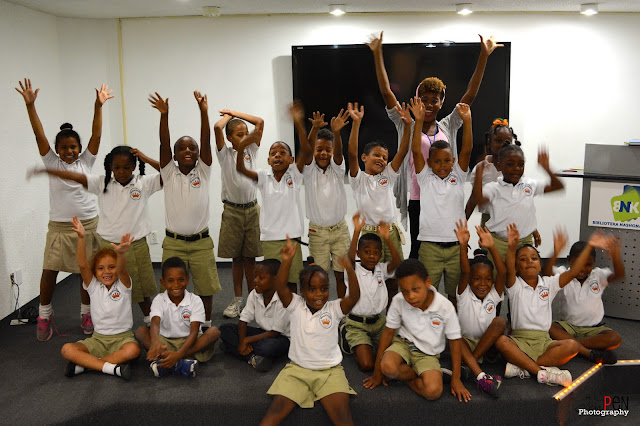 And if Dulvanka decides to turn to another field of work, well, I must say she would be an awesome drama teacher. We took the kids out of the room while clapping our hands and singing until they got in the bus.
Thank you Dulvanka for a fun an inspiring morning.
We only have 1 writer left on the list. How did you like this story? Do you also have book week in your town or city? Please share in the comment section below.